The old adage tomato, tomado applies to many things in life. A saying to calm the masses in an effort to be indifferent; a motherly rhetoric to avoid watching their child have a tantrum. While I would agree that there are many things that should be construed as the same, my pallet tends to disagree when it comes to certain circular treats known as cake pops. For a while now, there has been this tug of war between two distinctive products in the market place. Both amazing in their own right, after all we are talking about cake, however as common as they are in foundation, there is quite a difference between the two and it would be unjust to group them together and call them “samesies”. 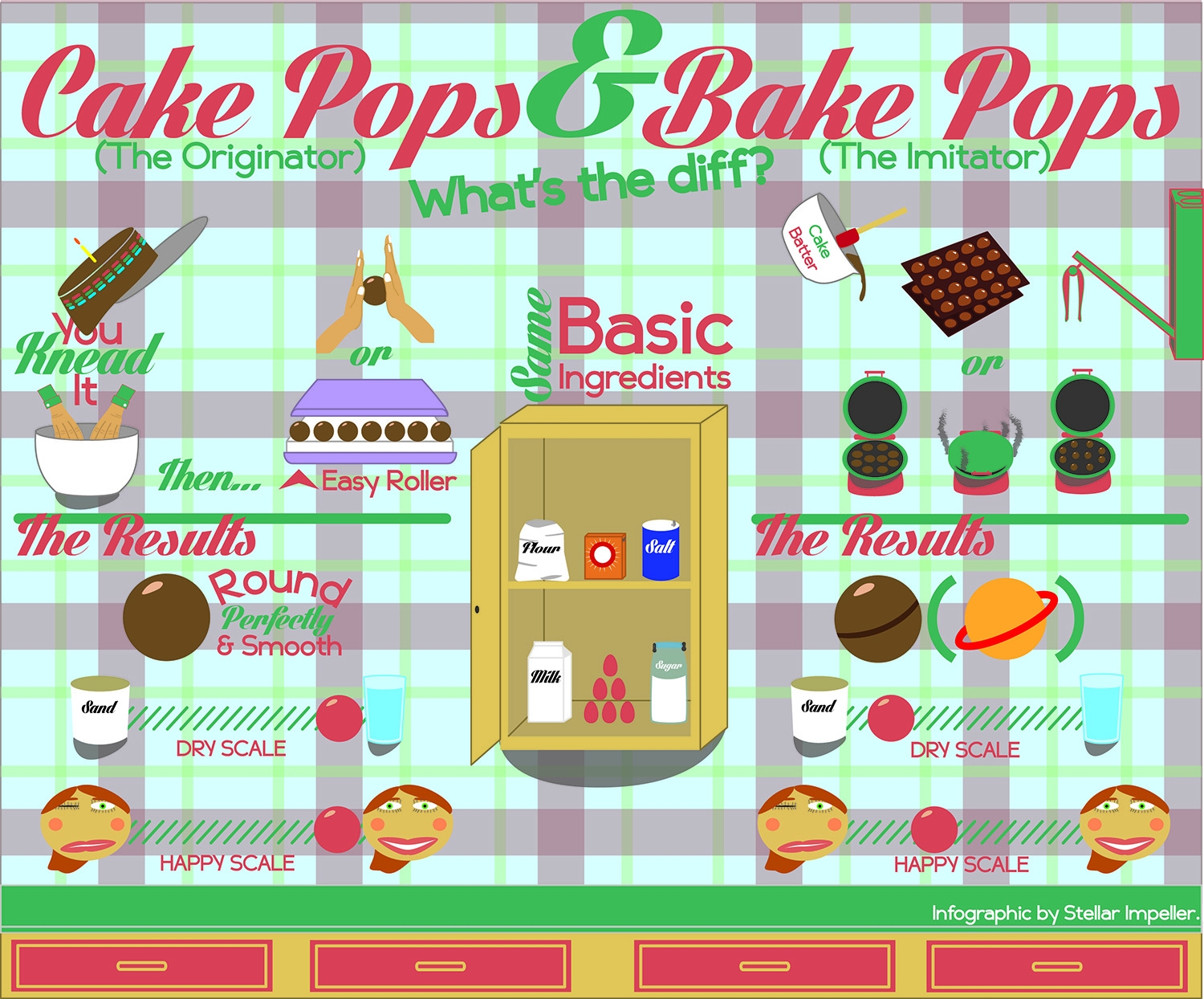 The traditionalist rendering of a cake pop is that made of baked caked, slightly mixed with frosting/buttercream or your secret ingredient that serves as a masterful binding potion. These are mixed together until the cake is broken down to a moist yumminess that is then dipped and coated in a chocolate that both swirls around your pallet like a brownie yet satisfies the most basic instinct of our inner child to dive in to the unexplored world of cake flavoring. It is an art form really, and, like any other masterpiece it can be time consuming to create yet overwhelmingly rewarding at the end, when the swirls of flavor fullness caress your inner desires for something sweet. Like any rare art, however, there are certainly reprints, a copy if you will. Appealing to the eye just as much as the original, yet so decadently diverse in their palatial quest to where with a deeper understanding of their true nature they could hold no bearing on the artistic originality of its model.

Enter the world of the tomado, or as I like to call them the bake pop. Again we are discussing the consumption of cake so there is no judgment in those who are easily deceived. But unlike itâ€™s model a bake pop is just that, batter which is baked into a spherical form to be placed on a stick and dipped in chocolate, so close in its appearance to the original only to be discovered by our pallets longing for the worthiness to call something true.

While most duplicates are created with the idea to eliminate a step and save time; a paint by number solution if you will, there are tools out there that allow you to accomplish the same time saving effort without the loss of creativity. These tools, like a paintbrush to an artist, or a knife to a chef, used in the right way, enhance the overall experience.

I would be remiss to not mention that there is a market share for both, and while my attempt at a humorous yet admittedly biased review of the product differences is just that, my opinionâ€¦when it comes to cake I will defer to another classic and simply sayâ€¦first above all to thy own self be true.

One of the questions I get asked most often, is “What is your ratio of Cake to Icing in your C…

What is the biggest downside to placing cake pops upside down to dry?! Â Ugly bottoms!! Well check th…